Summer breakups like Taylor Swift’s are a luxury not everyone can afford; interview with New York Daily News

Home/Breakups, Dating Advice, Interview, Relationship Expert, Relationships/Summer breakups like Taylor Swift’s are a luxury not everyone can afford; interview with New York Daily News
Previous Next

Summer breakups like Taylor Swift’s are a luxury not everyone can afford; interview with New York Daily News

Forget summer loving — breakup season is hotter than ever.

The highly anticipated time of year reserved for care-free vacations and fun in the sun has turned into a last resort for some A-list couples like Taylor Swift and Calvin Harris and Demi Lovato and Wilmer Valderrama, who recently checked into Splitsville.

And there’s a good reason why so many relationships are cooling off right as the weather heats up.

“There’s an old-school thinking that summertime is play time,” relationship expert Susan Winter tells the Daily News. “The relaxed mentality sometimes affects a reshuffling of the deck for partners and wanting to be available and go out.”

It’s not that easy for the rest of us.

Dallas native Haley, who declined to give the Daily News her last name, learned the hard way last summer. After what seemed like an amicable split, the 23-year-old realized it wasn’t over when she and her ex, who both work as photographers, couldn’t bail out on a wedding they were scheduled to shoot. The bride and groom had already forked over $2,500 for their flights and accommodations at the five-star resort in Antigua — but their trip to paradise was hardly romantic.

The trip started off uncomfortably when she had to share the lone bed in their room with her ex. It only got worse when she caught him video-chatting a new flame a couple of days in.

“I freaked out and lost my cool,” she said, adding: “After that we cut ties for good.”

Breaking up is hard to do, but it’s especially difficult in the summer when couples pay for beach houses, vacations and commit to social functions when wedding season is in its prime. At least in the winter you have your family to hide behind as an excuse for why you can’t spend time with your significant other.

But wanting to be single for the summer might be ingrained in our DNA. Demi Lovato and Wilmer Valderrama also ended their longtime romance at the beginning of the summer. 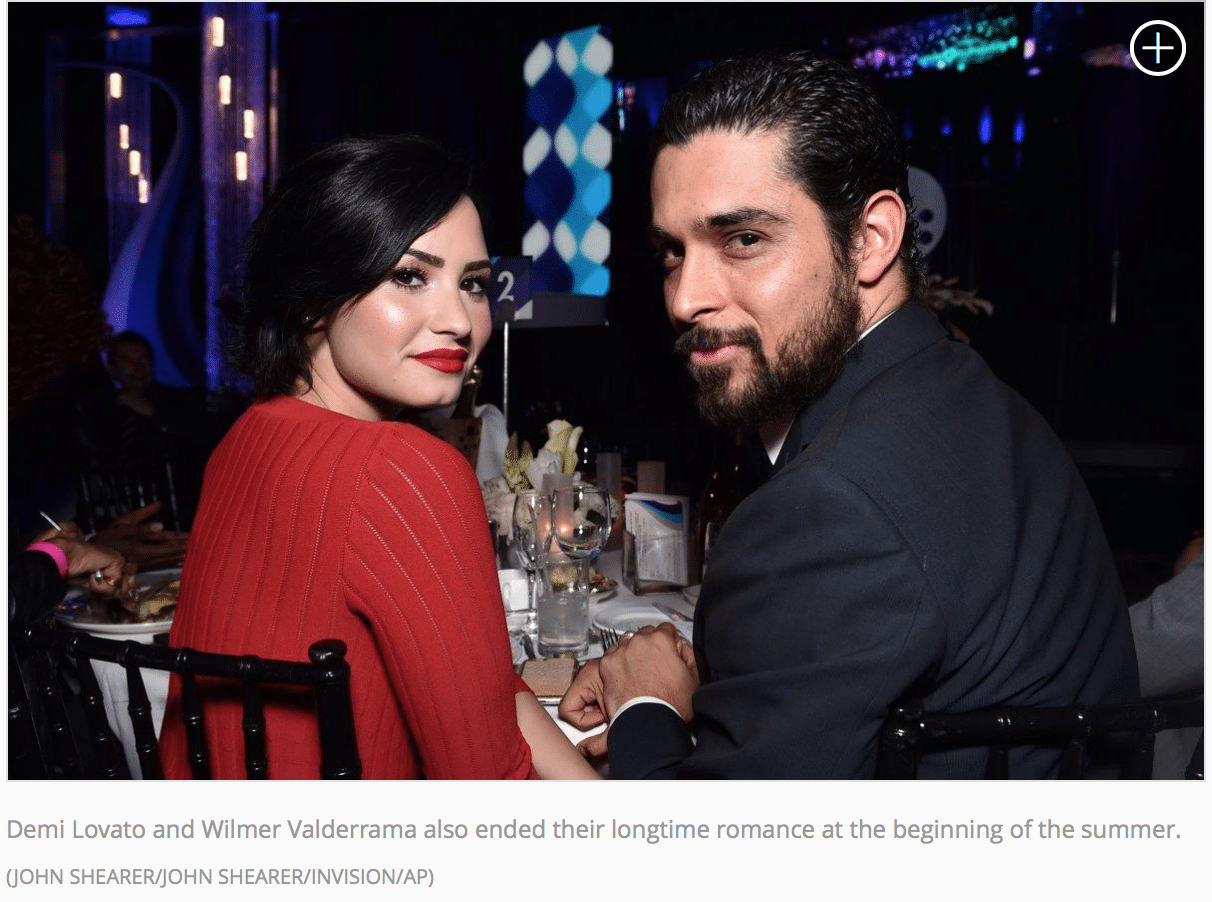 “The summer environment is very emotionally stimulating, which could drive up the dopamine system and galvanize those with the itch to split,” said Dr. Helen Fisher, a biological anthropologist and advisor to Match.com. “Everyone is outside wearing far less clothes. All the smells, sights and sounds that stimulate the brain; the sunshine that drives down the melatonin and gives us energy.”

A colleague at the Daily News could have used that advice a few months earlier after splitting with her boyfriend in July 2012 — a month before their non-refundable trip to Disney World. When neither would give up their tickets, they both went.

But the happiest place on earth quickly turned into a living hell.

“It was the worst vacation of my life,” the 25-year-old scribe said. “We fought the entire time. He kept storming out in the middle of the night. I got so annoyed with it.”

The last straw occurred when he ignored her requests to check out several rides at park — then suggested the same rides after another woman recommended them in a Facebook message. She was so fed up, she ignored him the entire flight home and got into a separate taxi after landing.

“Once I got off that plane, I didn’t even have the energy to pretend I wanted to deal with it,” she said. 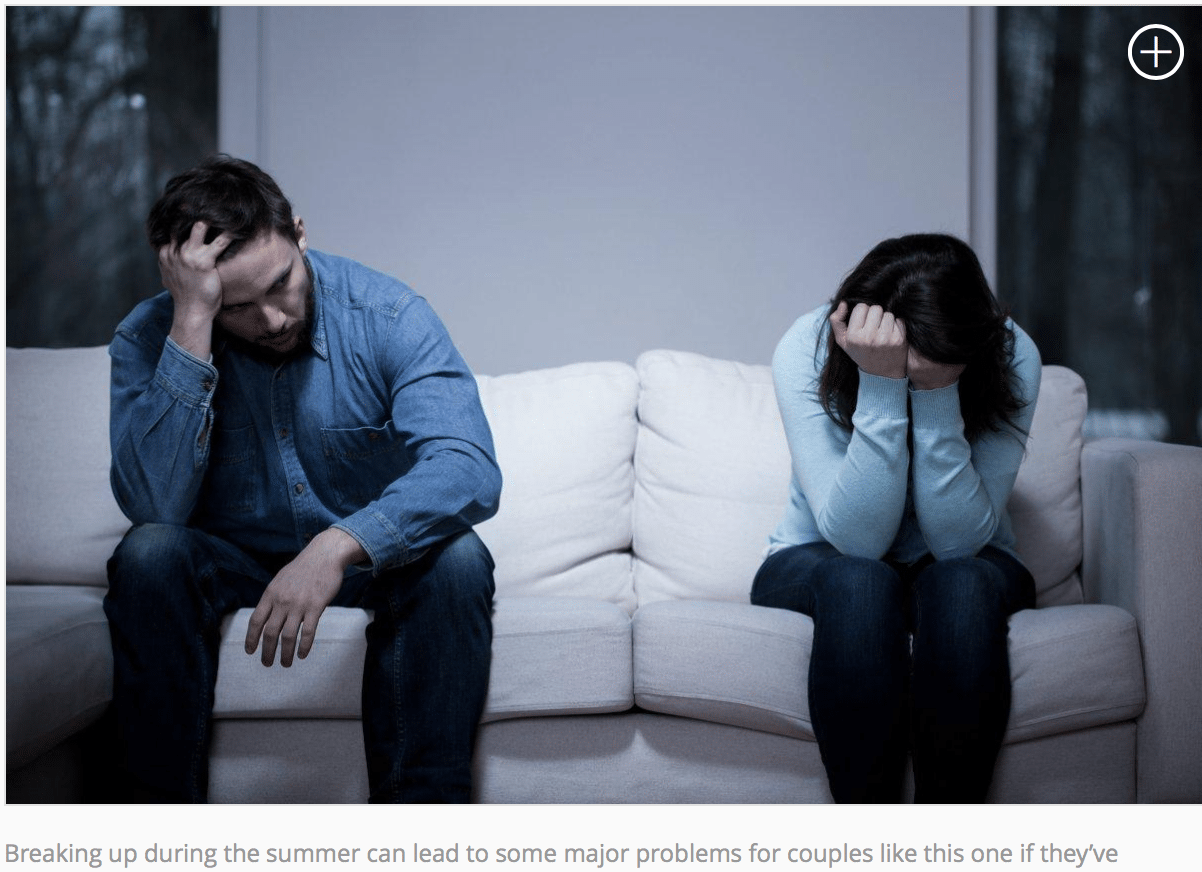 Breaking up during the summer can lead to some major problems for couples like this one if they’ve already made expensive plans.

That horror story doesn’t come as a surprise to Winter, who says if you can’t get out of a vacation together, spend it apart at all costs.

“If they won’t give you a refund, take the trip, but go your separate ways,” she said.

Winter recommends putting off making any concrete travel plans for anyone feeling uncertain about the future of their relationship for as long as possible.

That recipe worked for Arkansas college student Zach, who opted not to plan a vacation with his girlfriend this summer in the weeks leading up to their recent split.

“I knew that with the possibility of us breaking up it would not be a good idea to plan a trip or a date together,” he said.