Is age is just a number? Experts say a generation gap can work in a couple’s favour: Irish Examiner feature interview

Is age is just a number? Experts say a generation gap can work in a couple’s favour: Irish Examiner feature interview

Older women who date younger men are often seen as cougars who have little chance of enjoying a lasting relationship. Deirdre Reynolds reports. 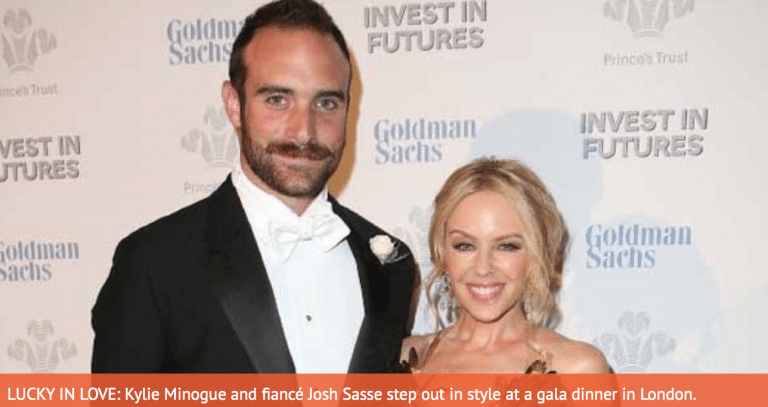 Is age is just a number? Experts say a generation gap can work in a couple’s favour.

Older women who date younger men are often seen as cougars who have little chance of enjoying a lasting relationship. Deirdre Reynolds reports.

LUCKY IN LOVE: Kylie Minogue and fiancé Josh Sasse step out in style at a gala dinner in London.

WHEN Jean Lowes met her husband John at work, the first thing she noticed was his sparkly brown eyes and cheeky smile not his age.

Despite their near decade age difference, the pair connected instantly and soon went from workmates to soulmates.

Ahead of their 14th wedding anniversary this May, they’re proof that the age-gap relationships — back in the gossip columns after Kylie Minogue and Cheryl Fernandez-Versini both also clicked with younger men — can work.

Back in the gossip columns after Kylie Minogue and Cheryl Fernandez-Versini both also clicked with younger men — can work.

After a string of heartaches, Kylie, 47, is hoping she’ll finally be lucky in love with British actor Joshua Sasse, 28, whom she’s set to marry.

Addressing their 19-year age gap on Australian TV show The Project recently, the pop star revealed: “There’s some mention of that

[his age], but for whatever reason, people are pretty much leaving us to just get on with it.

“I think the general consensus is that we kind of look right together. So even though on paper it might not look right, it just is right.”

When she first wrote Older Women/Younger Men in 2000, best-selling author Susan Winter — who was also dating a man almost 20 years her junior at the time — was labelled a ‘prostitute’, ‘lesbian’ and ‘witch’. 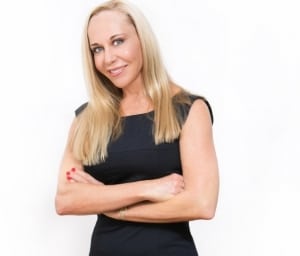 Fifteen years on, she agrees that heterosexual May-December romances, where the woman is older, are no longer seen as “a niche thing”.

Speaking to Feelgood from her California home, the relationship expert said: “It’s not all younger men, but we see less hesitation for a man to choose a partner a few years older.
“Under 10 years, I’d say 80% of the time it is a non-conversation because women are taking better care of themselves. A woman ten years older than her partner hardly looks 10 years older.

Self-confidence, single-mindedness and sexual prowess are just some of the qualities making older women more and more attractive to modern men in their prime, according to one new dating agency here.

“Younger guys can often be fascinated by the older woman,” says Cork-based psychologist Joan Long, who has just founded www.GraConnect.com , an introductions agency.

“Not just in the physical sense, but I suppose mentally, they’re wiser and more experienced.

“Women tell me all the time that they get [men] in their mid-early 20s when they’re on internet dating sites.

“In Freudian terms, you can have the whole thing about the fascination of the young male with the mother, that it’s a mother figure he’s looking for. For [other] males, it’s just about a notch on the belt.”

Fellow antipodean Hugh Jackman, 47, who has been married to actress Deborra-Lee Furness, 60, for 20 years, and Kick-Ass star Aaron Taylor-Johnson, 25, who married director Sam Taylor-Johnson, 49, in 2012, are certain to have had their own reasons. 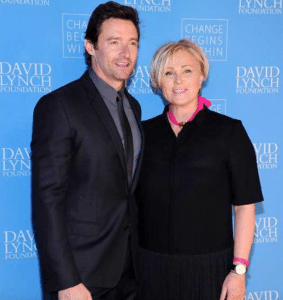 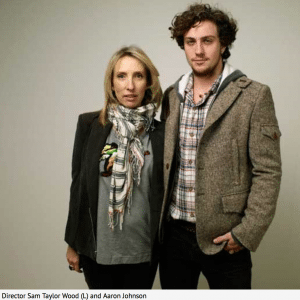 After interviewing hundreds of men drawn to women old enough to be their mothers, Winter says: “Two dominant qualities that I heard repeated over and over again like a parrot were that [older women] know what they want and they don’t play games.

“What the younger partner offers an older woman is adventure, curiosity and open-mindedness.”

Described as a ‘grandma’ by online trolls, the latter isn’t a quality that Cheryl Fernandez-Versini, 32, has encountered since hooking up with One Direction star Liam Payne, 22, earlier this year.

Taking to Instagram to seemingly defend the age-gap romance, the X Factor judge hit back at women who refuse to “empower” each other: “It can be so hard at times being a girl, for sooo many reasons! But we don’t have to make it harder for each other.” 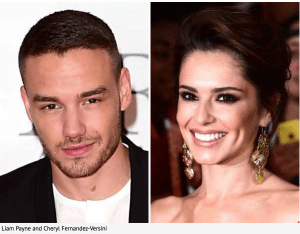 Despite being nicknamed ‘cougars’ after the predatory puma native to the Americas, and immortalised by everyone from ‘Stifler’s mom’ in American Pie played by Jennifer Coolidge to Sex and the City’s Samantha Jones played by Kim Cattrall, more frequently it’s the men who do the hunting, say the experts.

As the gap appears to widen beyond middle age, however, Madonna, 57, and Jennifer Lopez, 46, are among those whose previous relationships with significantly younger men have fallen through the cracks.

Psychologist Joan Long argues: “Age-gap relationships can work fine until the couple pass the 40s and start to become older; then the age difference really begins to show a lot more.

“For example, if the woman is 40 and the man is 25, it can all be very passionate and romantic. When he’s 45 and she’s 60, things can often be very different as their physical needs can differ greatly. It’s the same as with couples where the male is a lot older.

“Some couples, like Hugh Jackman and his wife, will last, but they are in the minority, I believe.

“Apart from the issue of children, there’s just a natural ageing process. For a lot of women, there’s a significant [physical] change which can have quite an affect on their partner.”

Indeed menopause, often bringing with it lowered libido, moods swings and fatigue, doesn’t exactly seem synonymous with happily ever after, but isn’t stopping older women here from nabbing their own Prince Charming.

“We are certainly seeing an increase in our clinics of post- menopausal women who are sexually active,” says Caitriona Henchion, medical director of the Irish Family Planning Association.

“This may be due to relationship breakdowns of the death of a partner and women beginning new relationships later in life,” she says.

Loss of libido, which is believed to be connected to a loss of the hormone testosterone, is a common complaint among menopausal women, though not all women experience it.

Other physical side effects of the menopause that can affect a woman’s libido include vaginal dryness, sweating and anxiety.

“Hormone replacement therapy is an option for some women and can address the above side effects but it doesn’t rectify the loss of testosterone,” says Dr Henchion.

There is a testosterone patch but it is not licensed for the treatment of menopausal women.”

However, not being in the mood isn’t the only red flag waving for generationally mismatched couples when the male biological clock starts ticking.

Susan Winter says she gets “thousands of women writing to me and it’s the same questions: ‘Will he leave me? Will it last? I don’t want to ruin his life’. Men never consider this.

“Older women/younger men relationships fail for the same reason[s] that every other relationship fails ?— eventually they have issues that they can’t work through. But the only real deal breaker is if they want children.”

Although she concedes it was an issue at first, Jean Lowes says she and her husband are today perfectly happy being child-free: “John would have made an amazing father, but we have lots of friends and relatives with kids [who] we would spoil and borrow.

Meanwhile, the “young at heart” godmother joked she’s well able to keep up with her outgoing hubby: “Because you’re the older person there is that fear that you’re going to get sick or you’re going to age quicker so I’d be conscious trying to keep fit and active.

“I intend to keep working for as long as I can because I love getting out and about. But I’m praying and hoping that we will still be active, and that John will have sufficient finances for him to retire early.

“We love travelling and there are a lot of places we still want to see — but you can only do that if you’re in good health.”

Still rattling her way out of “the age cage”, at 61, glamorous Susan confesses that her head is still turned by men who aren’t quite as mature — but conceded that 45 is her cutoff.

“All my guys are much younger because I can’t deal with the mentality of an older man,” she laughs.

“They’re just too stuck in their ways.

“I’ve always done 16-20 years [younger]. Sixteen is so comfortable for me. It feels like the same generation because I don’t live in my generation — all my friends are younger.

“When a young man actively chooses an older woman what he’s saying is, ‘I don’t care about the wrinkles and the saggy skin. I like all of you’. If you’re lucky enough to find love in whatever form, I think it’s a duty to honour that.”

How to navigate the age difference:

* The baby question: Noticed your fella getting googly-eyed around his friends’babies? Don’t put off discussing the ultimate deal-breaker for women d’un certain âge.

* Know your limit: Age gaps are one thing, but if your crush can’t remember a time before the internet, it may be time to go for someone closer to your own generation.

* Be honest: If you don’t have the energy to party the night away with his friends then say so from the start.

* Haters gonna hate: With older wives and girlfriends still labelled ‘cradle snatchers’, and their partners ‘toy boys’, supportive pals are the secret to going the distance.