‘Men should date women half their age plus seven’: The strange dating rule that dates back to 1901 | The Independent interview

Home/Article, Celebrity News, Dating Advice, Dating Tips for Men, Interview, Marriage, Relationship Expert, Relationships/‘Men should date women half their age plus seven’: The strange dating rule that dates back to 1901 | The Independent interview
Previous Next

‘Men should date women half their age plus seven’: The strange dating rule that dates back to 1901 | The Independent interview

Ever heard of the rule that men should date women who are half their age plus seven? Relationship expert Susan Winter says, “I find it amusing that there’s an equation for the ‘optimal’ age gap in love.”

Some celebrities – think Leonardo Di Caprio – take this to extremes with a roster of 20-something models regularly appearing on their arm, but do you know where the saying comes from?

It turns out to be relatively well established, dating back more than 100 years to a book by Max O’Rell written in 1901, and the 1951 play The Moon is Blue.

But does it stand up to scrutiny, or is it just a baseless rule perpetuated by men who want to justify dating younger, and less mature, women?

We asked three relationship experts to weigh in on the rule – and their responses were surprising.

Relationship expert Susan Winter said, “I find it amusing that there’s an equation for the ‘optimal’ age gap in love. While formula’s seem as though they have some kind of scientific credence, the truth is that two resonant souls will find each other (regardless of their ages).”

Whether there are any rules we should follow when looking for a potential mate, Winter said, “Rules no longer apply – there are no rules in love except to follow your heart.” Cute.

“Socially speaking in the western world, women have been granted liberty to unite with men five to 15 years older without anyone batting an eye. Conversely, when a man chooses an older mate he’s apt to encounter judgement and discrimination,” Winter told us.

As for why she thinks the equation has endured for so long, Winter said, “There’s no logical reason for this to be a ‘rule.’ Nor does this mathematical equation determine the ‘optimal age gap.’”

“However, you might note that the gap is larger than one would imagine. Historically, a woman was to choose a man the same age, or five to 15 years older. Mid-century, the reason for the elevated age gap would’ve been economic. Women had little ability to earn income. Their husband was their access to social standing and economic stability. Obviously, an older man had more time to achieve a greater number of personal and financial goals.”

Interestingly, Winter said, ”If this phrase originated in the early 1900’s it was clearly created by men (and therefore to their benefit).”

Relationship expert Rachel Russo also felt the rule had no basis in fact – but could see why it had endured.

For Russo, “It is more important to look at the life stage someone is in to see if your values are similar than to base your decision on chronological age.”

But Russo also thinks it is important to remember, “Many people have very different priorities, so this rule is not one-size-fits-all and does not guarantee a good match.”

As for the endurance of the rule, Russo thinks it may have something to do with men being attracted to younger women. 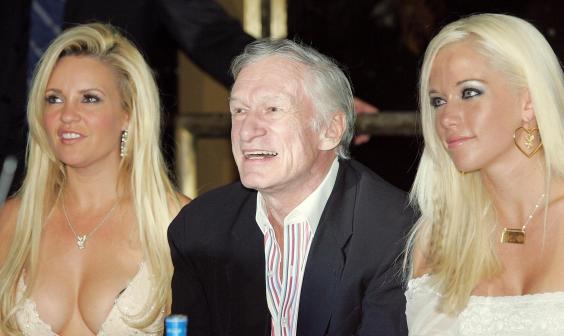 Hugh Hefner was notorious for relationships with younger women

She said, “one reason why this may have endured is because men are generally more attracted to younger women and would like a rule that makes them feel it is acceptable to date younger.” So basically men are to blame.

According to DeAlto, “It is still a decent rule of thumb to set a boundary of a minimum age. While age is truly just a number, successful significant relationships are based on mutual understanding and connection.”

She continued, “I’ve seen a few anomalies where a large age gap didn’t get in the way of a lasting connection, but often times, it can lead to frustrations and the end of a relationship. 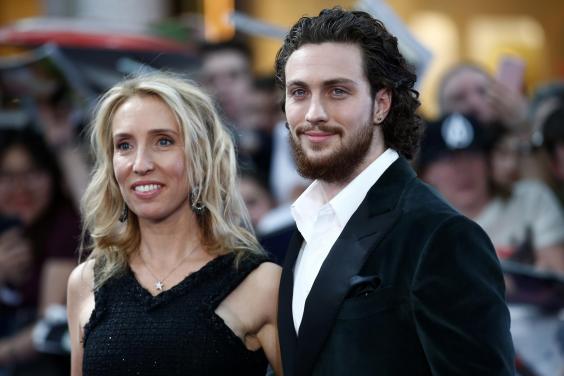 “Rules are made to be broken in certain cases, but it’s not a bad start to set some parameters.”

However, how much can we really rely on a rule written from the perspective of an early 20th-century male?

The original quote, taken from Her Royal Highness, Woman: And His Majesty Cupid, is as follows: “I heard the other day a very good piece of advice, which I should like to repeat here, as I endorse it thoroughly: A man should marry a woman half his age, plus seven. Try it at whatever age you like, and you will find it works very well, taking for granted all the while that, after all, a man as well as a woman is the age that he looks and feels.”

So despite the approval and support from DeAlto, the rule originally repeated by O’Rell seems significantly outdated – in real life, but especially in the anything-goes world of celebrity dating.

While some beliefs may stand the test of time, this old-fashioned dating rule doesn’t appear to be one of them.

After all, rules are made to be broken.